Thanks to everyone who entered! The judges have picked the winner…

Congratulations to Graeme Lyall who will have a photo materials voucher winging it’s way to him very soon. 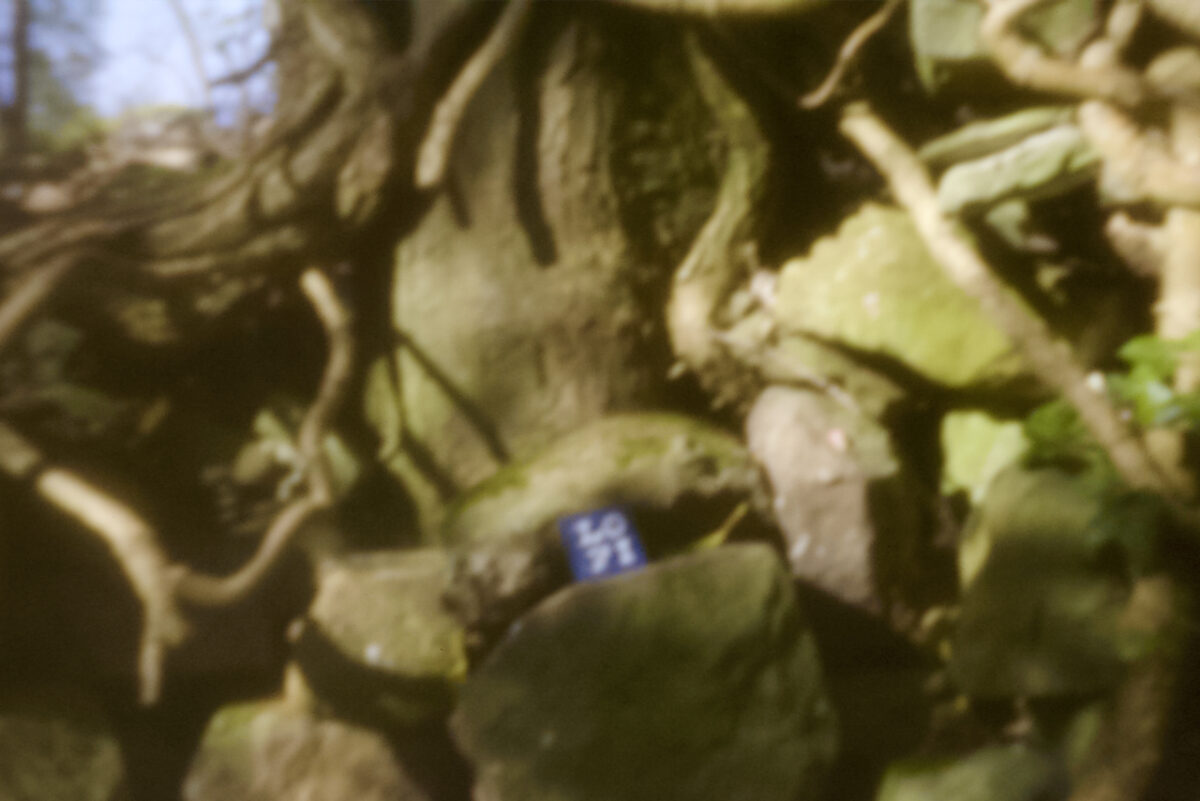 Members Competition 2021.
Entries by midnight 24th April. Anonymous independent judging, prize £50 photo materials voucher. Any pinhole process (sieve, zone plate, solargraph, camera obscura photo etc.) made between January 2021 and 24th April. Submit one entry per person by email. (Digital file 1800px max side preferred ). Winner announced on pinhole day. In the event that any of the organisers photos are selected – the prize will go to runner up.

On Sunday the 25th we will celebrate the simplicity of camera vision with a hybrid day of virtual chats and a socially distant photowalks. Join in online, outdoors or go your own way!

6pm Wrap Up – online. Competition winners will be announced.

Submit any pinhole photos taken on the 25th to the Edinburgh Lofi gallery group by June 30th 2021. 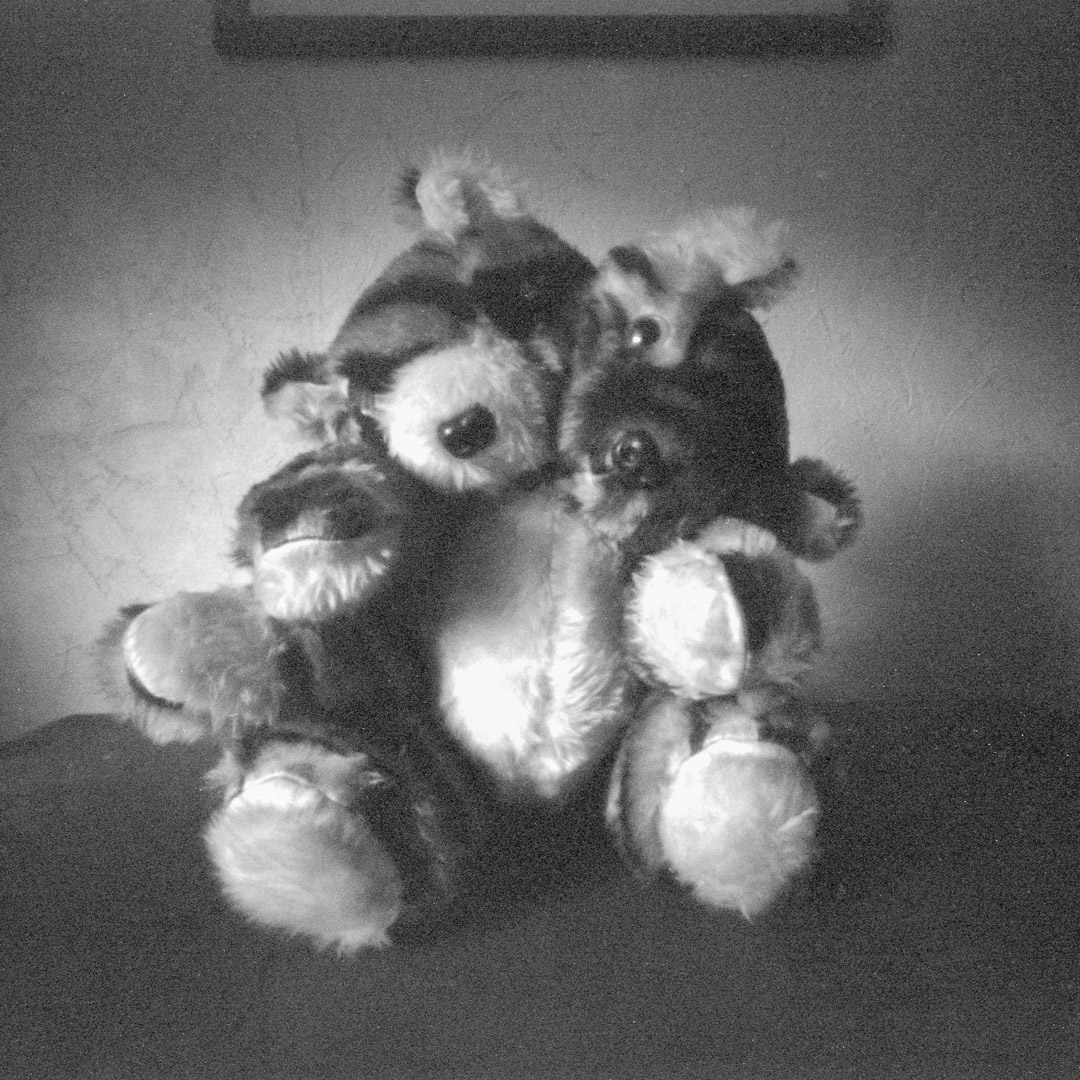 Many thanks to everyone who sent work in.

The winner is Graeme Pow! Some book tokens for Beyond Words are winging their way to you.

…reminds me of Lovecraft-ian horror, juxtaposed with childhood innocence… well composed and lit.

A portal to another world – a sharp and exciting projection. 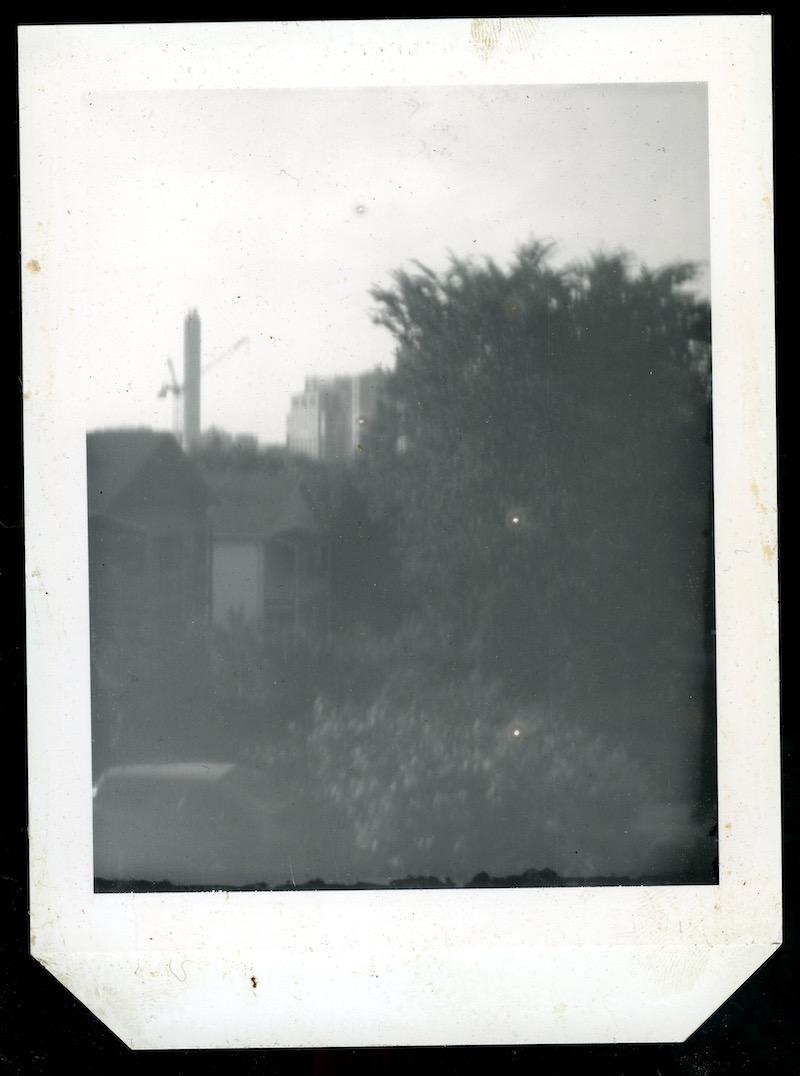 Brittonie Fletcher looks through her collection of throwbacks to bring us day 10.

Do you remember your first pinhole photograph? Where were you on pinhole day? As a group Lofi has formed some wonderful memories of shared experiences. Brittonie Fletcher reminds us of this with today’s gallery of work.

Brittonie Fletchers work may also be seen at the 2020 RSA Annual Exhibition. 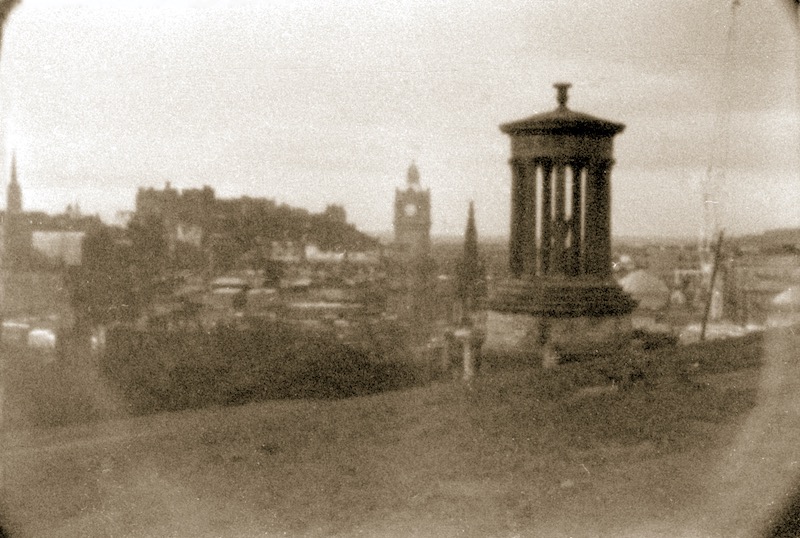 As we celebrate all things pinhole photography in the month leading up to Worldwide Pinhole Photography Day on the Sunday the 26th of April our exhibition opens online! New work will be added each day.

Let There Be Light is inspired by the motto carved above Edinburgh Central Library‘s main doors. Carnegie insisted this was placed above the entrance to every library he funded and the motto is as suitable for illumination through learning as it is for photography, a medium designed to record light.

While we are sad that our photographic prints can not be viewed as physical objects at this time we hope to bring them to you at a later date as Part 2 of this exhibition, which is tentatively scheduled for August 2020.

Day 1 features Graeme Lyall who “tried to take photographs with light when it was dark”, working through the winter wind, rain and sleet, to make beautiful portraits of classical Edinburgh.

This years pinhole photo walk will take us around historic Musselburgh.

Everyone is welcome and we will have plenty of spare cameras and advice for first time pinhole photographers. Please email if you have any questions.

Check out our other pinhole photography posts for inspiration and DIYs.

The results of those from the group who have submitted to pinholeday.org can be found in the Edinburgh LoFi Gallery
Work must be submitted to them by 31st May to be included in the 2018 on-line exhibition. (Select Edinburgh LoFi in the gallery group option.)
Email images in for our website at any time, we all want to see the cameras made and how the images made turned out. DIY instructions, tips and tricks welcome.

The results of those from the group who have submitted to pinholeday.org can be found in the Edinburgh LoFi Gallery
Work must be submitted to them by 31st May to be included in the 2017 on-line exhibition. (Select Edinburgh LoFi in the gallery group option.)
Email images in for our website at any time, we all want to see the cameras made and how the images made turned out. DIY instructions, tips and tricks welcome. The results of those from the group who have submitted to pinholeday.org can be found in the Edinburgh LoFi Gallery
Work must be submitted to them by 31st May to be included in the 2016 on-line exhibition. (Select Edinburgh LoFi in the gallery group option.)
Email images in for our website at any time, we all want to see the cameras made and how the images made turned out. DIY instructions, tips and tricks welcome.

A simple 35mm film camera can be made from just some card and tape. To make a matchbox style pinhole camera you will need

A piece of A4 card – preferably black. (Paint black or cover with black tape if not.)
Download the PDF template and print.
Scissors.
Clear tape.
Black electrical tape.
Good quality tinfoil.
A hole punch or sharp knife.
A needle of suitable dimension to make the pinholes.
Masking/re-positionable tape.
A 35mm roll of film.
An 35mm used film spool or sacrificial roll.

Take the piece of tinfoil and make the pinhole using the needle. Use tape to stick it to the inside of the box so the pinhole is in the center of the pinhole window you have made.

Take the new roll of film and attach the film using clear tape to the used film spool. You may find it easiest to just sacrifice a film (Agfa £1 from Poundland!) by un-spooling it until almost the end, cutting off the film to leave a few centimeters sticking out. You can then tape the end of the ‘good’ film to the tail. It is also possible to reassemble a used spool if care was taken prising it apart. Ensure the films are together straight or you will have problems winding on. Wind the film in until you can not see the tape. Only try to expose the film strip where you will be putting the ‘matchbox’. (To use a real matchbox thread the film through then attach to other spool and put the drawer back in after cutting a window for the film in the bottom). Wind the film on into the take up spool using a lolly stick or key in the top of the spool. 2 full rotations per frame at first, decreasing to 1 as you get towards the end ( the film taken up expands the diameter and therefore the length moved at each turn). If the film sticks use the stick/key to loosen the other spool and then take up the slack with the other.

Make a shutter for the pinhole with a piece of black electrical tape.

To take photos wind the film on. Brace the camera on a wall/table/post if possible to keep it steady and peel off the tape. Replace the tape when finished. (For very short exposures peel the tape and replace it with a finger. Expose for shot then put your finger back and ease the tape back into place as you move your finger out the way.)

When the film is finished wind it back into the original cannister and cut the spool from the camera. Make sure none of the tape is left on the film to be processed. You may wish to warn the film processor that the frames are likely to be unevenly spaced. Most will be happy to return the film uncut for scanning.

We processed our own at Stills and here are some of the results from the group: